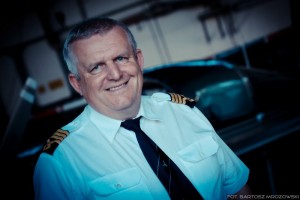 Mr. Skomorowski is an alumnus of the Technical University of Wroclaw. He started flight training in 1971, in the Wroclaw Aero Club. In the 80’s served as an agricultural pilot in ZUA both in Poland as well as abroad. In the 90’s, he has been both a pilot and director for the aviation organization AVIAECO. From 2000 to 2009, held the position as a director and instructor for the Aero Club Ziemi Piotrkowskiej. He currently holds the title of president of that Aero Club. Since 2010, he has been an instructor for  UnitedSky. His overall total time is around 4,400 hours and about 1,600 hours on gliders. In 1998 he was given an award for the friendliest glider instructor in the “Skrzydlata Polska” magazine.